The Perfect Serving Temperatures for Your Favorite Drinks

Many people enjoy hot coffee and tea without really knowing much about it. However, the temperature of the water you use to brew these beverages has a surprisingly large impact on the flavor outcome.

According to the National Coffee Association, one of the oldest trade associations in the country, water used to brew coffee should always be between 195 and 205 degrees. Any hotter, and the grounds can be scalded, creating a burnt taste. Boiling water, which is 212 degrees and above, should never be used. As for serving coffee, it is best drunk between 155 and 175 degrees, but this varies from person to person.

Boiling water should never be used for tea, either. Using too-hot water for tea destroys delicate notes of flavor and makes it more astringent. When heating up water to use for coffee or tea, you can get approximately the right temperature by bringing it to a boil and then letting it stand to cool for a minute or two.

The Perfect Temperature for Your Favorite Chilled Drinks

The temperature of your hot water when preparing hot beverages is more important than you may have realized. However, so is the temperature of cold drinks, like bottled water and soft drinks. There are multiple reasons to care about how cold your drinks are. The chemistry of different beverages causes their flavors to come out the best at certain temperatures. Even the safety of some drinks is dependent on storage temp.

According to the International Bottled Water Association (yes, that’s a thing), you should keep your water no warmer than room temperature. As refreshing as ice-cold water may be, you may want to reconsider how cold you drink your water alongside a nice meal. According to Michael Mascha, author of “Fine Waters: A Connoisseur’s Guide to the World’s Most Distinctive Bottled Waters”, Americans tend to drink their water far too cold, and that doing so numbs the taste buds. Drinking water is supposedly best at about 55 degrees, which is the temperature at which it comes out of the ground. Carbonated water should be slightly warmer, so that the bubbles are less aggressive and the mineral flavor profile shines through.

However, your favorite sodas and soft drinks can stay as cold as you like. The serving temperature of soft drinks doesn’t have a ton of variation. A spokesperson from Pepsi says that Pepsi is best at around 42 degrees, and a different spokesperson from Coca-Cola says that Coke is best at 38 degrees. Sodas in general should stay at about 40 degrees.

According to the Western Dairy Association, nice cold milk tastes the best. For safety, you need to keep your milk under 40 degrees, but 35 degrees gives the best taste. Unfortunately, many regular household fridges, especially older models, don’t tell you the exact temperature of the interior. However, many models of beverage refrigerator can tell you exactly how cold your milk is. This helps you keep your milk from becoming contaminated.

Enjoying Your Alcoholic Drinks to the Fullest

Alcoholic drinks including liquor, beer, and wines have a wide spectrum of ideal serving temperatures between varieties. Whether you’re enjoying a glass of champagne with dinner, beers with your buddies, or a glass of scotch before bed, you can enjoy it even more by making sure you’re serving it at the best possible temperature. It can be well worth it to learn the differences in ideal temperature between the many alcoholic beverages that are out there.

The majority of liquors are simply stored at room temperature in a place without much temperature variation. The most notable exceptions to this are gin and vodka, which are best served chilled and over ice, according to the Gin and Vodka Association of Great Britain. This emphasizes their fresh taste. Many choose to store their vodka in the freezer. For other liquors that aren’t served chilled, a cabinet away from the sun or the basement are good places for storage.

Unless you’re an inveterate beer connoisseur, you’ve probably been drinking your beers way too cold this whole time. The colder beers are, the less carbonation is released, making the beers release less aroma. Plus, if your beers are super cold, it can numb your palate and prevent you from tasting the nuances of the beer’s flavors. Then again, if you like to chug mainstream, lower-quality beers like Millers, Coors, or Bud, you’re probably not missing much, so go ahead and enjoy them ice-cold and refreshing.

The serving temperature of beer depends on its flavor profile. If you’re serious about the beer experience, take a little time to know serving temps for each variety. According to Dummies.Com, aromatic beers that have more ingredients, such as pale ales, should be drunk between 40 and 42 degrees. Beers with bolder flavor, like Belgian ales, should be 50 degrees or higher. Most premium lagers are best between 42 and 48 degrees, and quality ales should be between 44 and 52 degrees. Authentic Stouts should be as warm as 55 degrees. Finally, some barrel-aged Stouts, Old Ales, and high-gravity Barleywines should be served at room temperature or very slightly colder.

Because household refrigerators are typically around 35 degrees, much colder than is ideal, cracking open a cold one straight out of the fridge may not be the best way to go about it. Instead, consider taking your beers out of the fridge and letting it sit at room temperature for half an hour to an hour before serving. Alternatively, you can store your beers at room-temperature, like in a cupboard or in the basement, and put it in the fridge an hour or two beforehand to lightly chill them. Of course, the simplest way to manage your beers’ temperature is to just get a special beer fridge.

All wines should be chilled, such as in a wine cooler, or kept in a naturally cold place during storage. If the ambient temperature rises above 65, this can accelerate the aging of the wine and drastically shorten its lifespan. As we mentioned earlier, the average household fridge temperature is around 35 degrees, and this is much colder than wines should be served. Proper storage of fine wines, especially long-term storage, can be tricky unless you have the right equipment, such as a wine cooler. Alternatively, you can use a beverage fridge for wine storage, which has the same basic function as a wine cooler but also works for all your other drinks.

Why Have a Separate Beverage Refrigerator?

If you want to chill all of your drinks to just the right temperature, it doesn’t make that much sense to have a separate conventional refrigerator, wine cooler, and beer fridge. That would take up a lot of space and probably hike up your electricity bill. Instead, a beverage refrigerator can handle all of it at once. This type of appliance is great for kitchens, outdoor decks and patios, and the living room where you and your pals watch the big game. 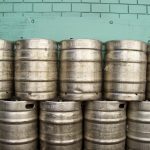 Best Kegerator for the Home

The Top Thermoelectric Wine Coolers: Which is the Best for You? 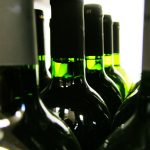 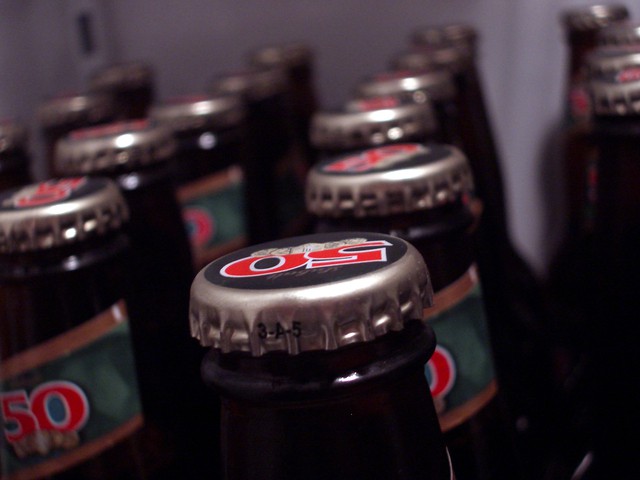 Why You Need a Separate Beverage Refrigerator for Your Home

Perhaps you’ve never even thought about getting a fridge especially for drinks. In that case, welcome to a whole new world! Beverage refrigerators are a great way to take your home and kitchen to the next level. Once you see how convenient a drink fridge is, and get a taste for the flair it adds…